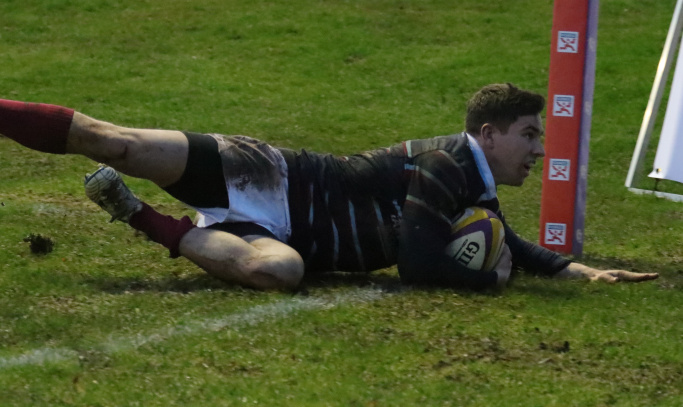 We catch up with Super6 player - and birthday boy - Ruaraidh Smith…

Winger Ruaraidh Smith turns 25 today and before lockdown began we caught up with him to talk about his FOSROC Super6 experience from 2019/20.

He played in four matches having arrived from the Currie Chieftains last summer and score two cracking tries, one against Boroughmuir Bears at Meggetland in the league and the other against the Newcastle Falcons in a friendly at The Greenyards.

With the step-up to Super6 rugby, and Ruaraidh starting a new job in January as a customer business manager for drinks company Kopparberg, 2019/20 was a busy time for the East Lothian native, but a time which he enjoyed on and off the pitch.

“The Super6 experience was good,” he said.

“It was a new competition and everyone was excited to get involved in it, I really enjoyed the extra professionalism of the set-up and the extra sessions per week than I had been used to in the past.

“The coaching staff at Watsonians, led by Fergus Pringle, Nikki Walker and Richard Snedden, are excellent, they pushed us hard, but we all enjoyed the challenge.

“I guess a number of us went into the competition being used to playing week in and week out, but with such a strong squad that wasn’t always going to be possible and once I got my head around that it was all about trying to make an impact whenever I was on the pitch.

“And the great thing is that we know there is a lot more to come from this group of players. We can kick on.”

Ruaraidh grew up in North Berwick, played his rugby in the town and attended the local high school until S4 when he then headed southwards to Oakham School on a scholarship to finish his schooling.

“I then came back up the road to study at Queen Margaret University,” the player, who earned a number of Scotland under-20 caps in 2015, explained.

“There I studied business management and started playing my rugby at Currie which I loved. I went there with quite a lot of other East Lothian boys and we all fitted in there well. It is funny because I played with Sneds there and now he is coaching me!

I also played for seven months out in Calgary in Canada at one stage, playing for the Calgary Canucks which was really good. I liked experiencing rugby in a different country and I tried to bring the things I learnt at age-grade level, with Currie and in Canada into the Super6 environment.”