​Feature: Get to know… James Miller 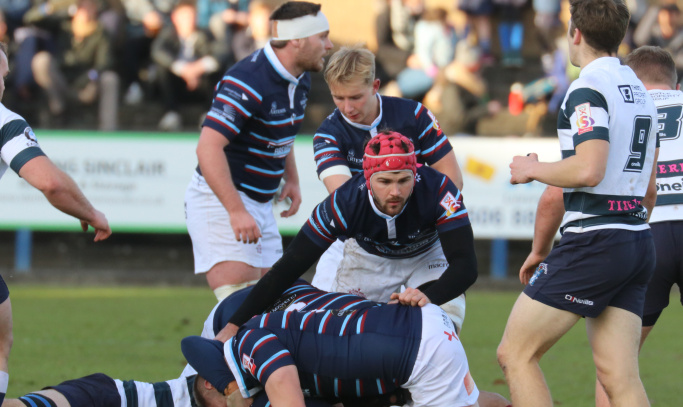 We catch up with Super6 player James Miller…

Two wins from two for the Super6 side, but back-row James Miller knows that the hard work is just beginning with the tough matches coming thick and fast.

This Sunday the team play their first home match in the FOSROC Super6 when they take on Stirling County - who have a win and a draw to their name so far - and then on Saturday, November 30 they travel to Millbrae to take on the Ayrshire Bulls.

And James has praised the work that assistant coach Richard Snedden has been doing on defence with the squad at training in recent weeks which helped them to dig in for wins over the Southern Knights and Heriot’s.

“After the first two games the boys are in a good place and I think both results were built on a good defence,” James, who came off the bench against the Knights and started against Heriot’s, stated.

“Sneds has been pushing us hard in terms of defence and particularly in that Knights game it really came through. We were under pressure for long parts of the game, but we stuck to our systems and it came good in the end.

“Once our backs get the ball all of them are dangerous, so as forwards we know it is our job to get them as much good ball as possible.

“It will always be a tough game down at Goldenacre against Heriot’s, but in the second half our discipline was a lot better.

“We started to maul them in that second half too an we started getting some success there and it was good as a forward unit to see Cal [Davies] go over from one such move late on.

“We are all enjoying Super6 rugby so far. The coaching staff have been great with us and we are just putting in the hard yards at training each week, there is such competition for places that you have to do that.”

James, whose mother is Scottish, was brought up in Johannesburg and moved to Durban and Stellenbosch to further his education and his rugby before the big move to the northern hemisphere in July 2017.

In his first season on these shores, Miller impressed with Watsonians and was a member of the Scottish Rugby Academy.

He also forced his way into the under-20s squad for the World Championships in Georgia in the summer of 2018 where he earned two caps against England and the host nation.

James is only 21, but has been around Myreside long enough to know that Sunday will be a great occasion.

“Having been on the road for two weeks it will be great to be back at home for the Stirling County game,” James, who works full-time and studies Business Management too via the Open University, said.

“We are looking forward to playing in front of a big crowd on Sunday with the TV cameras also there and the boys want to make it three wins from three.

“To do that we will have to play very well though because Stirling are a dangerous team.

“We have worked hard on our fitness over the last few months and we back ourselves to play at a high intensity for 80 minutes so we hope to do that on Sunday.”

Remember the Super6 squad play their first home game on Sunday against Stirling County at 3pm, get along and cheer them on