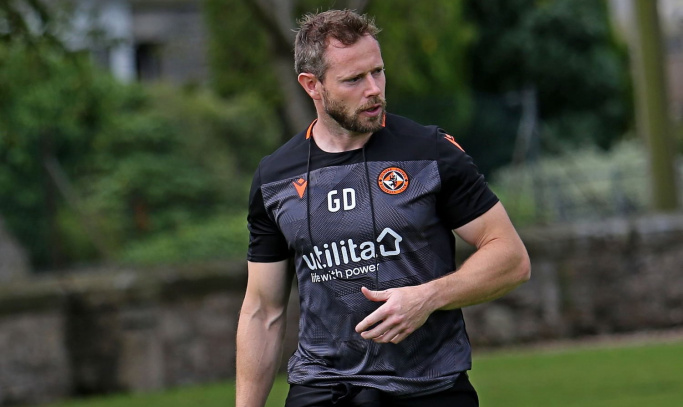 We catch up with Super6 head of S & C Gary Dempsey…

Season 2019/20 may not have ended the way those in FOSROC Super6 rugby circles or those involved in the Championship football league in Scotland would have wanted, but for Gary Dempsey he can be proud of what his sides achieved before things were cut short.

When the Super6 was stopped after the regular season Watsonians, with whom Gary is head of S & C, were top of the table and had won eight competitive games from 10.

And in the Championship, Dundee United, with whom Gary is head of sports science, were crowned champions having won 18 and drawn five of their 28 completed matches. They are now likely to be playing in the Premiership in 2020/21 barring any more changes by those up high in Scottish football in the coming weeks.

“Obviously it was not the way that anyone wanted to see sporting seasons end when lockdown came in, but I still look back with pride at what both the Watsonians and the Dundee United boys did during 2019/20,” Gary said.

“It was a new league for the rugby guys and for a lot of the players they were stepping up their training load quite a bit, but everyone adapted brilliantly and put the hard yards in while I have loved being involved with United since I joined last summer.”

Gary started off as a footballer growing up in Larne in Northern Ireland and then switched to playing rugby in his late teens.

“I wasn’t that great at rugby, but I was fast so teammates thought if they could get me the ball then I had a good chance of scoring,” Gary joked.

“When I was 18, I moved to Edinburgh and haven’t really looked back since.

“I was at Edinburgh University doing an applied sports science degree - while I was there, I played a bit of second XV rugby at Watsonians - and then I became a personal trainer and tried to develop my skills.”

Gary then got the opportunity to work within Scottish Rugby and while he was at Glasgow Warriors, he was also studying for a master's degree in strength & conditioning remotely at Edinburgh University.

“In 2010 I moved to Sheffield to work with the English Institute of Sport and I began working with English age-grade rugby league teams and Great British divers which was really interesting,” he stated.

“It was good to get experience across different sports and whilst I was there Steve McNamara, the head coach of England rugby league at the time, liked what I was doing and got me involved with their programme.

“That was an experience like no other. I then worked with Bradford Bulls and in Leeds and then I was keen to move back to Scotland.”

Move back to Scotland Gary did and last summer he made contact with WFC to see if he could get involved with the Super6 set-up.

Then the post came up at Dundee United which meant that became his full-time commitment, but he has still been able to spend time with the Super6 squad.

“I enjoyed working with head coach Fergus Pringle and the other coaches and the players when I could this year,” Gary said.

“We built up good relationships at Oriam and when I wasn’t available to help with Watsonians Ruaridh Cuthbertson stepped up to the plate and he did some great S & C work with the guys and I helped when I could.”

With no live rugby action ongoing currently, it doesn’t mean that WFC stories cannot be told. We will be running features on the website, but if there is anything you would like covered contact Gary Heatly (this can be done via the Media page on the website)