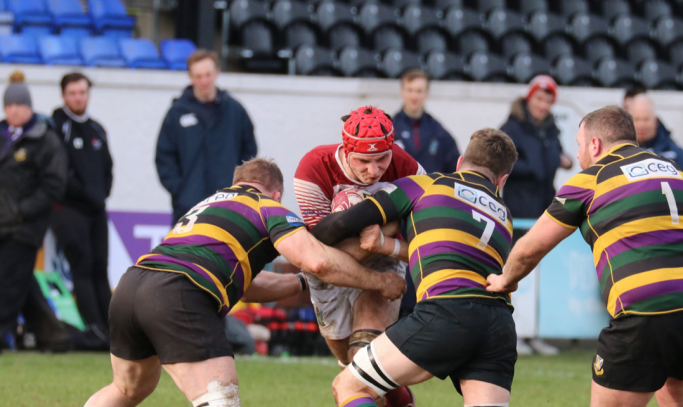 We catch up with 1st XV player Ciaran Kinnear…

He formed a strong partnership in the number four and five shirts with Tom Richardson - featured here - and he believes there is a bright future ahead for this group of players when rugby resumes in 2020/21.

“Being able to train with the squad regularly and work on a lot on things like set piece really helped my game while as a young group we came together pretty well and showed, especially at home, what we were capable of in Tennent’s National League Division One,” the 22-year-old stated.

“In games like Highland at home [when the 1st XV won 22-20 back in October] we showed that we could dig in against more experienced and more physical sides and that gives us plenty to build on.

“That was probably my highlight of the season because everyone really stood up when it mattered and fought for each other.

“After the summer I will be back at uni, but if and when time allows and I am back in Edinburgh it would be good to play for the team again.”

Ciaran began his rugby journey with the Watsonian Warriors when he was a youngster attending George Watson’s College.

He then went to Merchiston Castle to complete his schooling and continued his rugby there.

“I have great memories of my time playing with the Warriors and then at Merchiston, playing a bit for the 1st XV there in my second last year of school and then playing more for that team in my final year of school,” Ciaran stated.

“At first I was a back-row growing up, but I lost a bit of pace so migrated into the second-row!

“After I left school in 2016 I headed up to Aberdeen to study immunology and pharmacology at Aberdeen University.

“I am effectively just completing my fourth year, I did the first three years up in Aberdeen then this has been a year out working in industry and, all being well, I will be back up north after the summer for my fifth year.”

“I have really enjoyed this year at Watsonians,” Ciaran stated.

“Firstly, I headed down last summer and played social Touch just to keep fit and then I was encouraged to put my hand up for selection for the 1st XV and it went from there.” 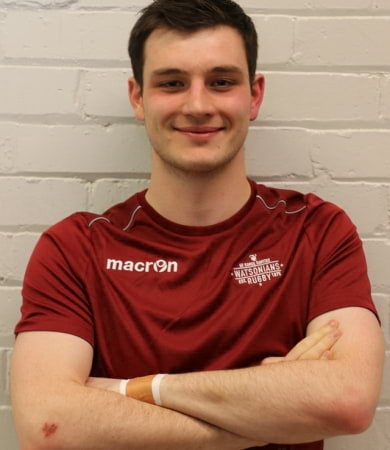