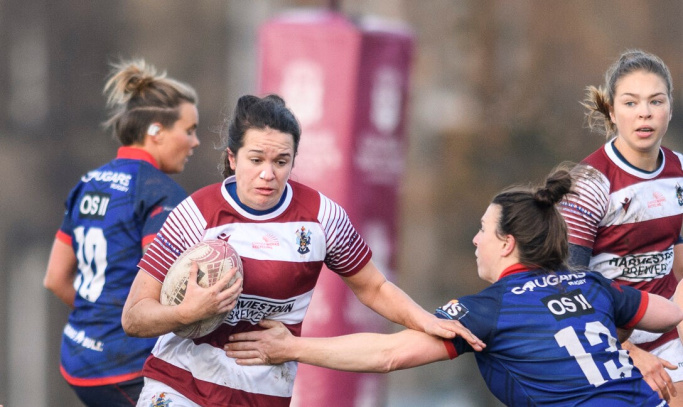 We catch up with Women’s XV player Ciara O’Halloran…

With no rugby going on at the minute most of us are trying to keep as busy as possible while also getting out for our daily exercise, but many WFC members are key workers and that includes Women’s XV player Ciara O’Halloran.

Having played for Watsonians for the majority of the time since 2013, Ciara is a ‘well kent’ face around Myreside and has helped the club win a Premiership title, a Bowl a Plate, earn promotion and more in that period.

Currently her focus is on her work as a general surgical nurse at the Royal Infirmary of Edinburgh and we all take our hats off to her - and all her colleagues - for that in the current climate.

Before Ciara started a busy spell of shifts earlier this week we spoke to her about her time at Watsonians and just what the club - and her team mates - means to her.

“Watsonians feels like a family away from home for me, simple as that,” the 24-year-old stated.

“When I came to Scotland to study a few years back I didn’t know if I would get homesick or be able to cope, but joining Watsonians was the best thing I ever did.

“It allowed me to meet people from different walks of life and of different ages and although we have all had highs and lows individually and collectively over the years we have always been there for each other and that is special.

“I will always remember when we played the special match for our former team mate Keri [Holdsworth who sadly passed away in the summer of 2014] on her birthday in October 2014 there was a lot of emotion around.

“We had a minute’s silence and there were some people new to the team who hadn’t known Keri, but that didn’t matter as we all linked arms, held tight and supported each other through it - that is what teams - and families - do.

“The team won the game [63-5] and the feeling of togetherness that day was hard to beat.”

Ciara, originally from Tipperary in Ireland, moved to Edinburgh to study nursing at Napier University.

Prior to that she had never played rugby, but in 2013 she headed down to Myreside and, after one training session, was thrown in at the deep in.

“Before I knew it I was playing on the wing in a Premier League game, so that was a bit of a shock and at that time we struggled for numbers at times,” she explained.

“However, despite us going into a lot of games as underdogs at that time what I loved was the way that the squad stuck together on and off the rugby pitch and that has never changed to this day.

“I managed to move my way into the back-row from the wing and then, when we had a few injuries at one point, I played hooker and thee have been the two positions I have mainly played since then.

“I briefly played for Corstorphine Cougars last season [2018/19], but was back at Myreside to start pre-season last summer and I was determined to get as fit as I could and compete for a place in the squad having watched from the stands - and been cheering - as the girls had won the Sarah Beaney Cup at BT Murrayfield.” 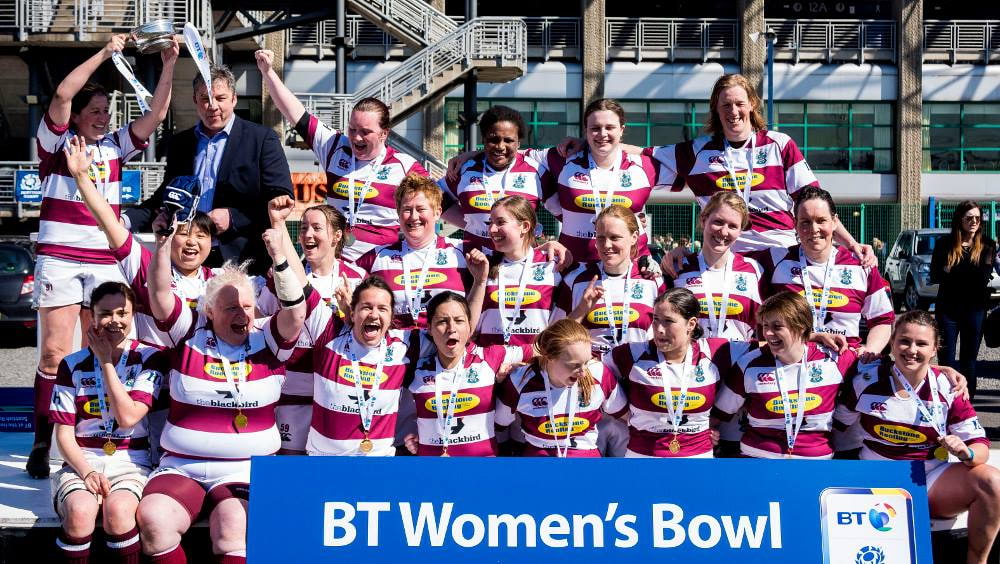 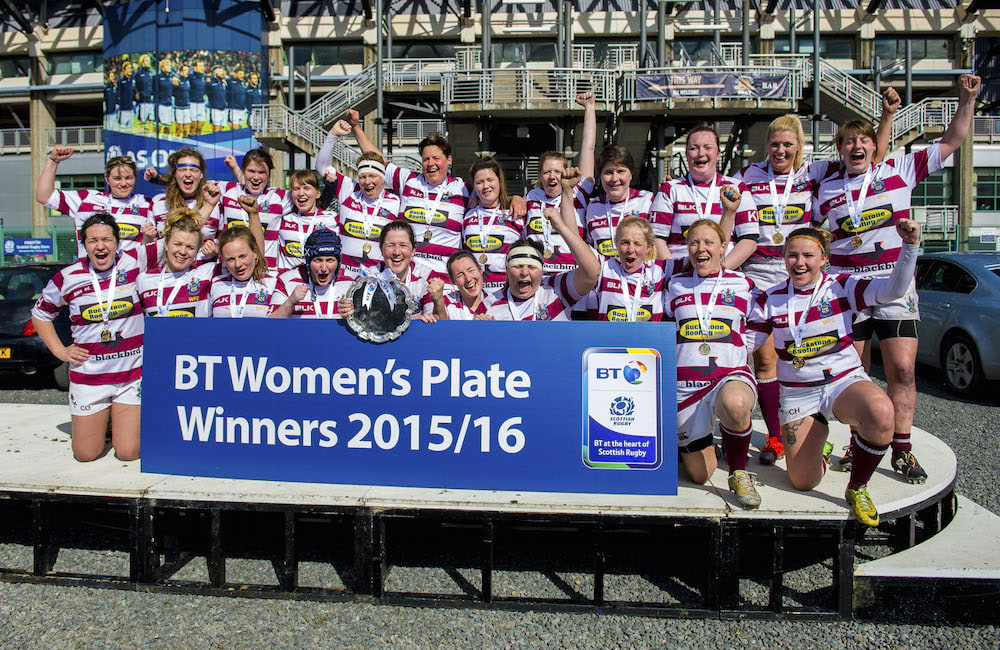 Ciara played her part as the team won the Premiership in the first half of 2019/20 and began their Sarah Beaney Cup defence with three wins from three before the season was cut short.

She had played under head coach Freddie Main before and believes he has helped her to get back to her best on the rugby pitch.

“He is always there to chat to whether it is about rugby or other things, whether you are high or low and I have a lot of time for him as a coach and as a friend,” she said.

“The competition for places in the squad is so much higher now than ever before in my time here, but the Scotland players still welcome newbies in and such like and I think that strength in depth and camaraderie is what has helped us get to the top of the women’s game in Scotland - with hopefully more to come.”

Images by Rugby People and others 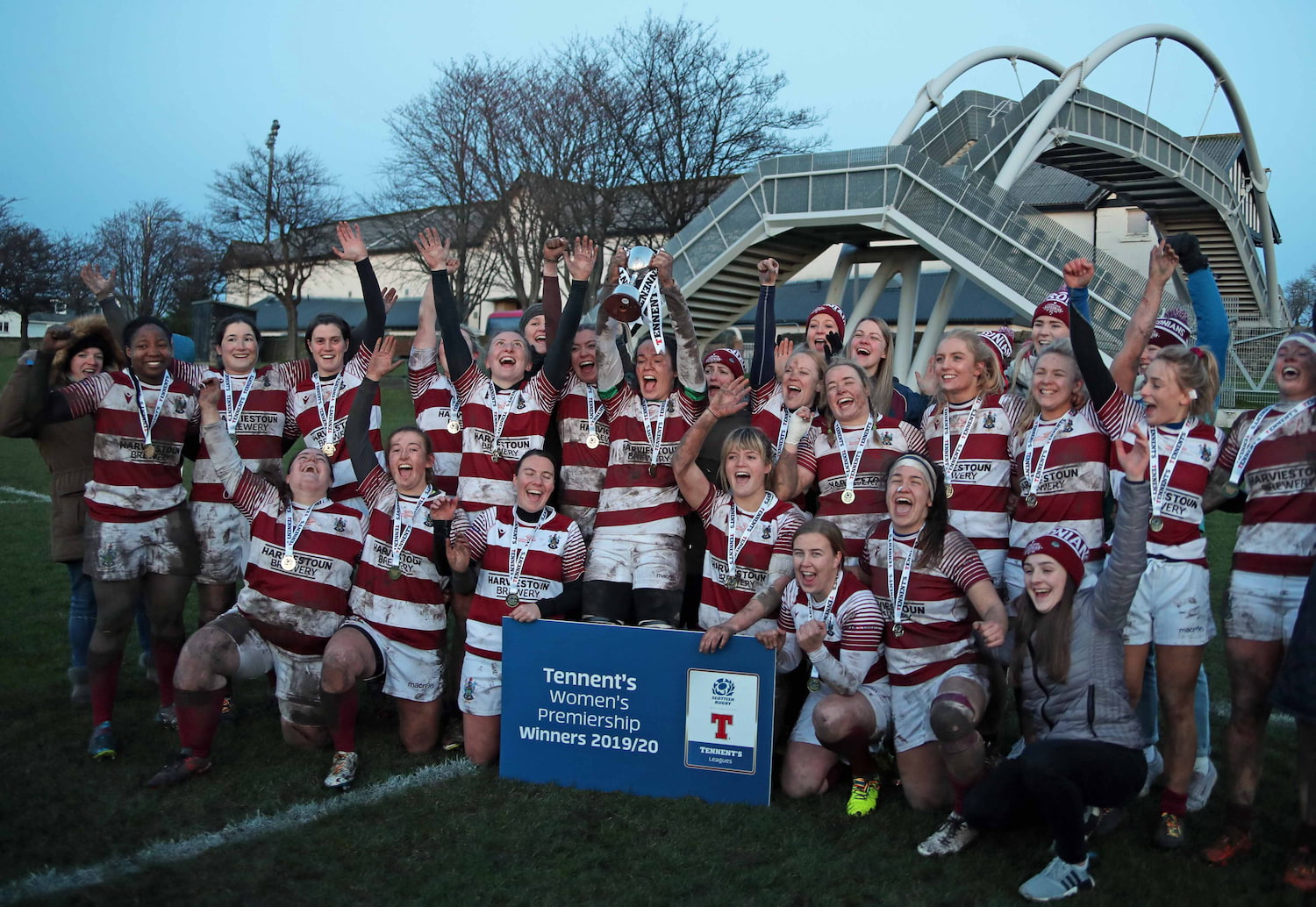