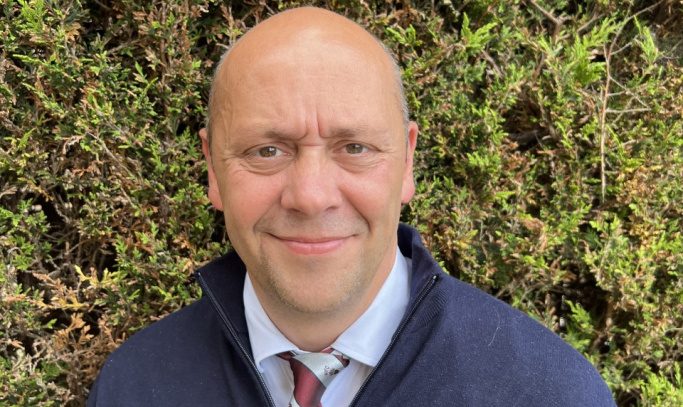 After years of involvement, Donald Wynn has taken up the position of Vice-President.

Every good leader needs strong support around them and the club are delighted to announce that Donald Wynn has moved into the position of Vice-President to support new President Richard Kelly.

“It is an honour for me to become Vice-President of the club at this time,” Donald said.

Donald is a former pupil of George Watsons College and played rugby at school until he left in the summer of 1992 and joined the club. He played into his thirties before marrying Kathleen in 2007 and 3 children followed. Aidan is 13 and will be entering S2 at GWC, Beth is nine and will begin her GWC journey when she starts in P6 this month and their youngest, Daniel, is 5 and will be starting Watsonian Warriors this year.

“I first played rugby for Watsonians 30 years ago and my association with the club and rugby, in general, has given me many things – my core values, tremendous friendships and lots of enjoyment. So, to now be in a position to help take the club forwards for the next few years is one that I am really excited about.

Donald runs his own successful business, C&P Recruitment which he started in 2004 and the club approached him in 2018 to get involved on the commercial side.

“I had been asked by Richard Kelly if I didn’t mind helping out. My remit was to help raise sponsorship money through pitch side advertising, player sponsorship and organise the odd lunch or two. I quickly realised the time and effort volunteers put in to make the club run.

“The unseen efforts of Euan Kennedy, Chris Hunter, Richard Kelly, Fi Sharman, David Harris, and Ramsay Urquhart….to name but a few has shown me the commitment required to produce success on and off the pitch.

“All sections of the club - the Super6, Women’s team, Men’s teams, and the Warriors - are looking good and if everyone can keep pulling in the same direction, then the coming campaign could be a really special one. I’m joining a great team and will do everything possible to bring my skillset to the table!

New Watsonian Football Club President Richard Kelly commented, “Donald has been instrumental in driving the success of the commercial team here at the club for the last few seasons. He will be a key member of the group and his energy and leadership will be invaluable over the next few seasons. We are delighted to have him on board.”