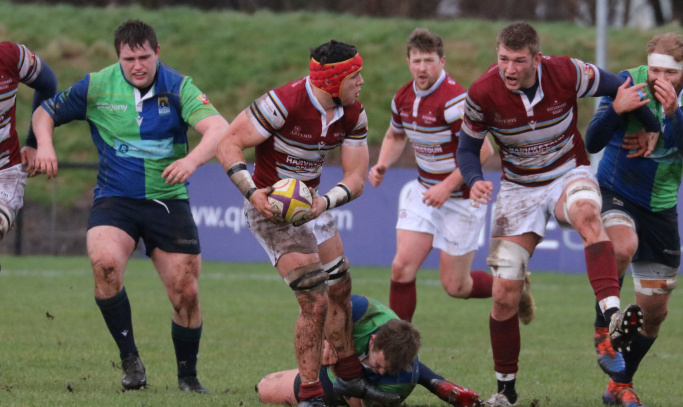 Back-row Boyle, 20, and prop Grahamslaw, 21, are both Scotland U20 caps and top talents, with this news showing that the pathway from Super6 to the pro ranks is working well.

Darge, a 20-year-old back-row joins Edinburgh from the Southern Knights.

On signing the trio, Edinburgh Head Coach Richard Cockerill, said: “We’re really excited to work with all three players and it’s just reward for their hard work and effort that they now pen pro deals with the club.

“We know Rory and Connor extremely well having seen them progress through the age-grade system and now at Super6 level. They are two back-rows with differing styles, but they both have a huge amount of potential to go far in this game.

“Sam is obviously a player that Scottish Rugby identified while he was at Leicester Tigers and he’s a prop with great physicality and ability in the loose. It was great to see him back fit for Watsonians earlier this season.

“All three players have impressed at Super6 level and we’re looking forward to seeing them make the step-up this coming season.” 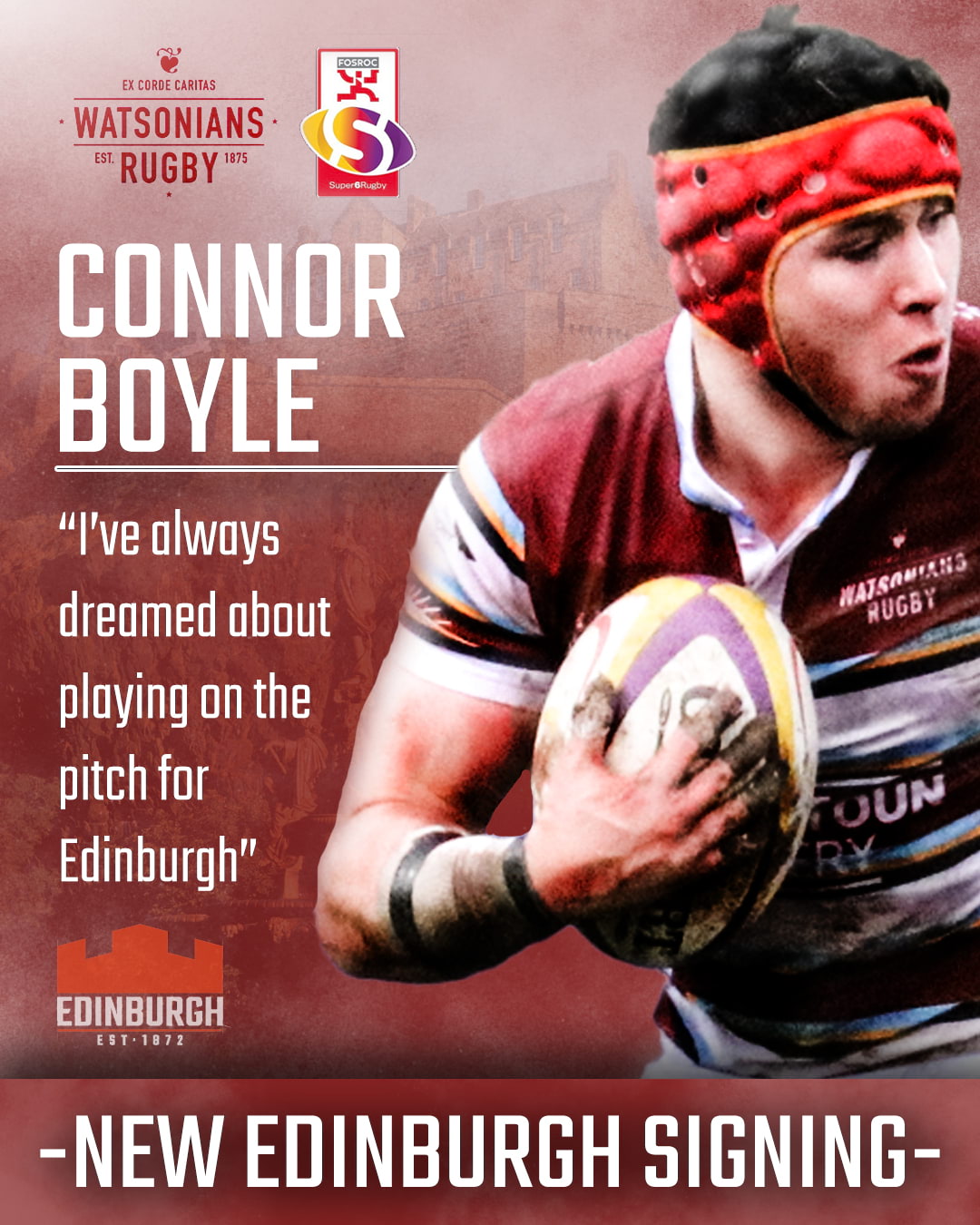 A former pupil at the city’s Stewart’s Melville College, abrasive back-row Boyle has impressed at every age-grade, representing Scotland at U16, U18 and U20 levels.

Having played senior rugby with Stewart’s Melville RFC as a schoolboy, Boyle made the move to Watsonians while studying at Heriot Watt University.

The back-row was named as Scotland U20 captain for 2019 U20 Six Nation – a campaign in which he grabbed two scores – before being named in the Watsonians Rugby squad for the inaugural FOSROC Super6 Championship.

Boyle saw game time in Edinburgh’s pre-season bout with London Scottish in August 2019 where he showed flashes of potential in a 20-minute performance.

“I used to have a Season Ticket here, so to sign a contract for the team I used to come watch on Friday nights is a dream come true. I grew up five minutes away from BT Murrayfield and I’ve always dreamed about playing on the pitch for Edinburgh.”

“Being around one of the most competitive back rows in world rugby allows you to learn so much, so I’m happy to have joined at this stage of my career.

“I’m still young, but I understand with the schedule ahead there will be a lot of opportunity for us to show what we’re about. Cockers always says if you know your stuff and you’re good enough, you can play. I just have to be patient and be ready when the time comes.” 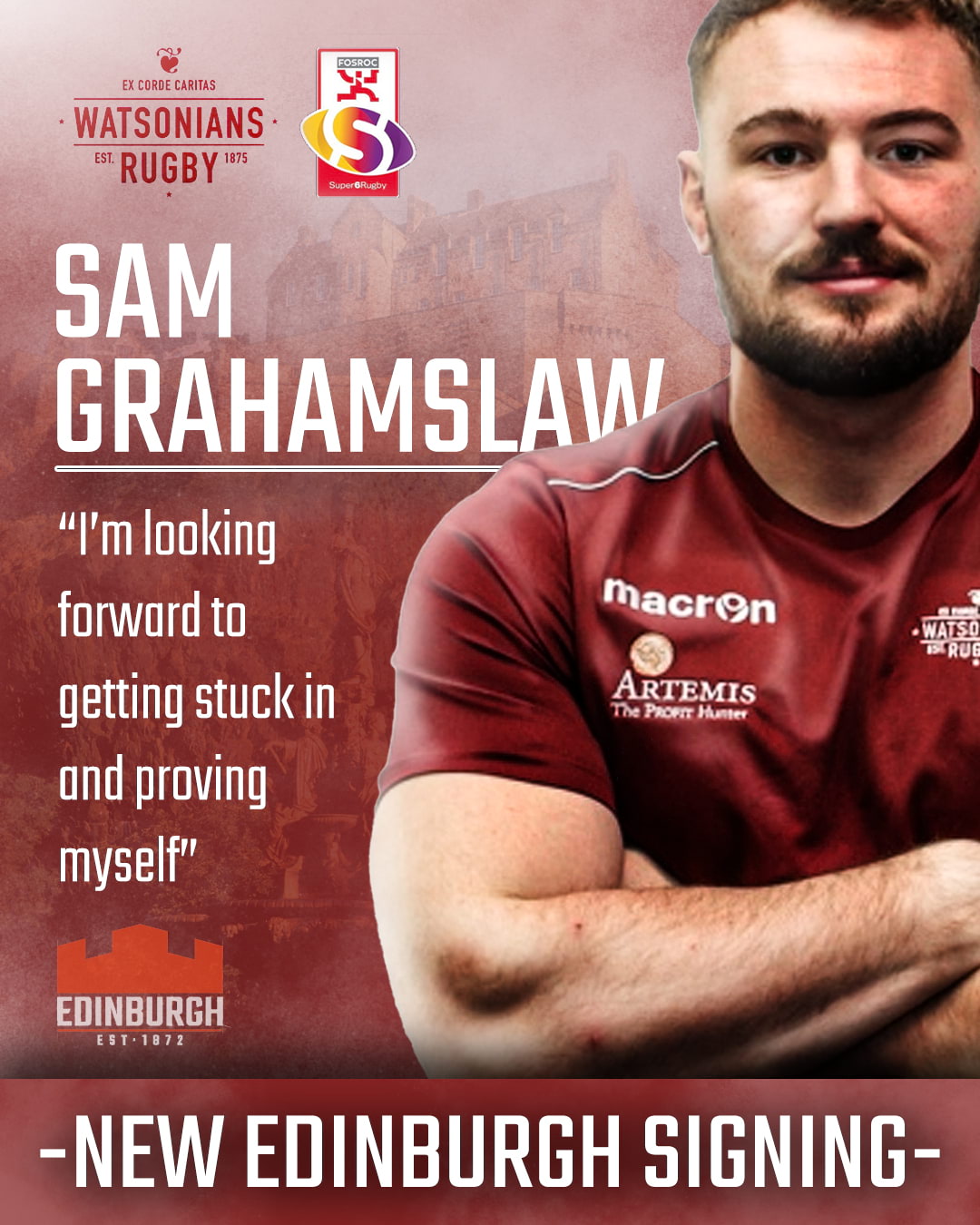 A former captain of the Wyggeston & Queen Elizabeth College team, Grahamslaw divided his time between back row and front row on his way into senior rugby.

A player with Market Harborough before entering the DPP system, the prop was then picked up by English Premiership club, Leicester Tigers.

After gaining senior experience as a prop with Loughborough Students at National League level, Grahamslaw gained a Scotland call in 2018 and went to the World Rugby U20 Championship in France, playing in all five games.

His form for Scotland U20 saw Grahamslaw earn a spot in the FOSROC Scottish Rugby Academy, while he subsequently joined Watsonians Rugby for this year’s Super6 Championship.

The prop missed the near entirety of 2019 after picking up a back injury, but returned to full fitness earlier this year.

“Playing for Scotland U20 was a brilliant opportunity and provided a great platform to be picked up by the FOSROC Scottish Rugby Academy,” said Grahamslaw.

“They helped massively with the transition of my studies as I moved from Loughborough University and provided excellent medical support as I worked through a season-long recovery from a back injury sustained in the 2019 U20 Six Nations.”

“I’m very grateful for the opportunity that I’ve been given here at Edinburgh and I’m looking forward to getting stuck in and proving myself. It’s a brilliant environment and I’m looking to learn as much as I can from the players and coaches around me, especially the experienced front-rowers at the club.”

Darge - who can play across the back-row - came through the ranks at North Berwick RFC and follows in the footsteps of fellow East Lothian players Chris Dean and Lewis Carmichael in joining the club.

He made his Scotland under-20 debut at just 17-years-old, before celebrating his 18th birthday with a win over England at Myreside in March 2018.

Although Darge missed the near entirety of 2019 through injury, he was back to best in 2020 as Sean Lineen named him Scotland under-20 captain.

“Edinburgh is a club that works hard and I’ve been lucky enough to come in and train with the first XV squad this season, which stands me in good stead for transitioning into my first professional contract.

“It’s an exciting time to join Edinburgh. I hope to get my chance to represent the club and take those opportunities by playing well.”