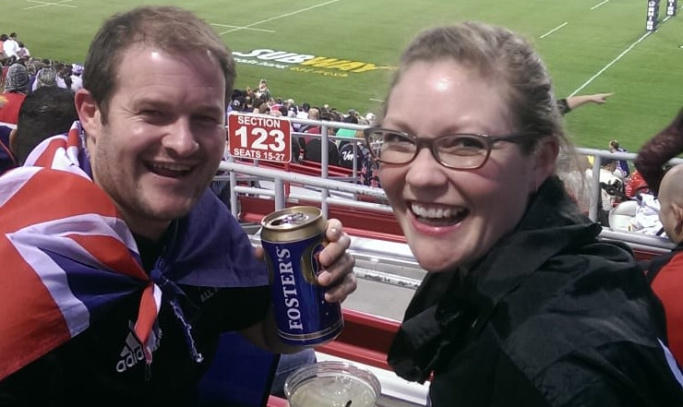 We catch up with the Lawsons...

Baz Lawson and wife Rachel admit they will greatly miss the many friends they have made at Myreside over the last 16 years, but they have amazing memories to look back on as they begin the next chapter of their life back in their homeland of New Zealand.

Since 2005, Baz and Rachel have been very familiar faces at the club and they have both done a lot for WFC over the years.

All good things come to an end though and Rachel has already returned to New Zealand while Baz will head off to join her this Sunday.

When Baz first relocated to Edinburgh in 2005 he could not have imagined that he would progress from playing social rugby for Watsonians to go on to have stints as 3rd XV Team Manager, Club Captain, Assistant Women’s XV Coach and Head Coach of the Women’s XV, even heading up 2014/15 Plate glory on the back pitches at BT Murrayfield in the latter role. 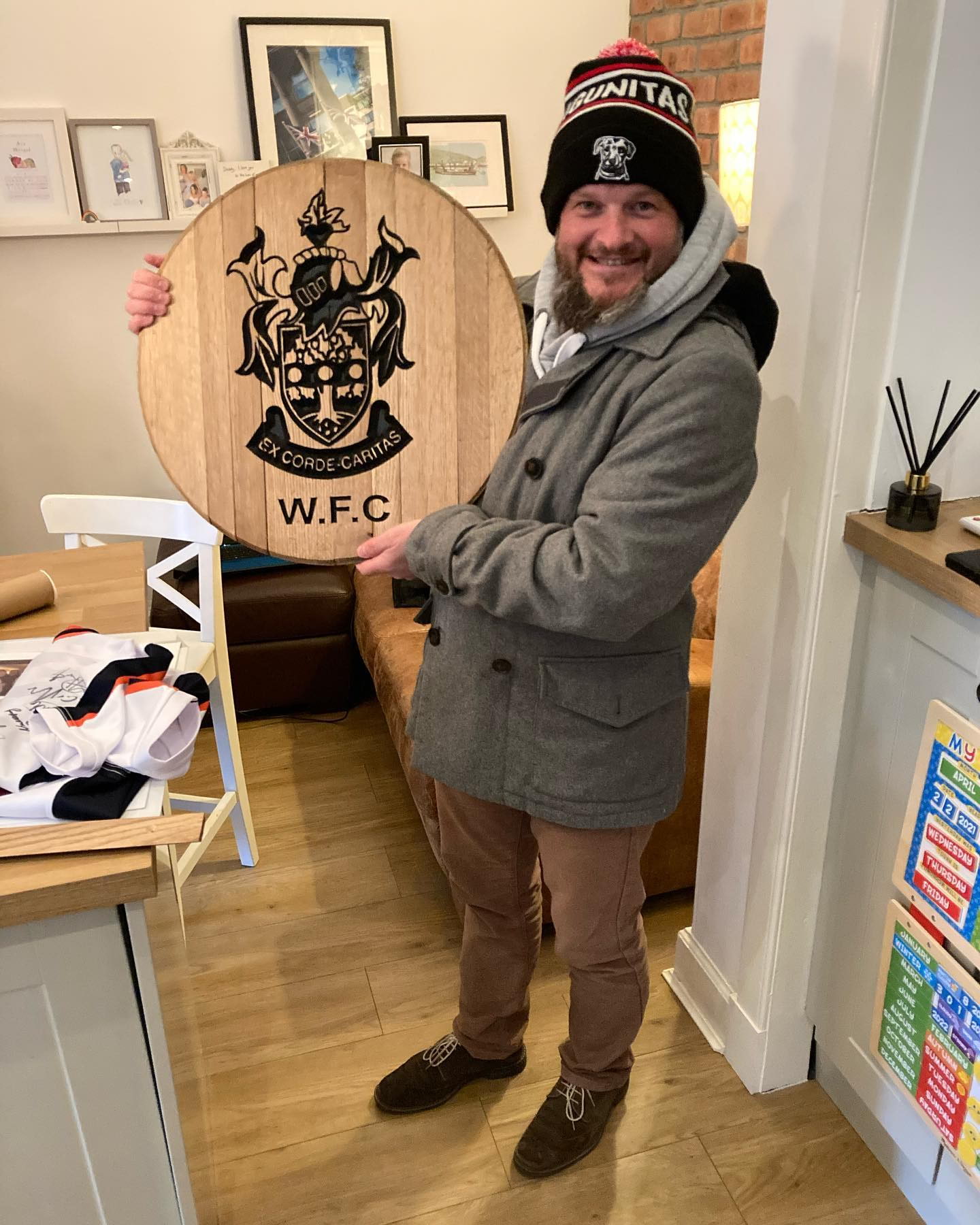 “When I first arrived in Edinburgh, I had a mate playing for Heriot’s and [WFC Scottish Cup winner 2006] Jayden Thrush playing for Watsonians,” Baz recounts.

“Both tried to get me along to their clubs, but it was Jayden and Watsonians that won out.

“I announced my arrival at the club by streaking on the 1st XI cricket pitch after one or two drinks after a sunny and warm pre-season training session!

“In the early years I played mostly for the title winning threes side and occasionally for the 2nd XV. The 3rd XV had a fantastic mix of old and young players, but all of a good quality and the culture in the team was second to none and that gave me some of the favourite rugby playing days of my life.

“A knee and back injury saw me take on the management of the threes for two seasons which was good as it kept me heavily involved with the club.”

In 2010 Baz took on the role of Club Captain and during the 2010/11 and 2011/12 seasons he injected real enthusiasm and integrated the men’s and women’s sections together well, leading to some cracking social events and a real feeling of camaraderie was evident at WFC.

“Being Women's XV Head Coach was probably the most rewarding position I held in the club, even though the results weren't always the best,” Baz explains.

“Seeing a lot of new players turning up - most of whom hadn't played before - and mixing it with the more experienced players who stayed on to make sure we could get teams out every week when the section was possibly on the brink of folding.

“The dedication everyone showed was amazing and in the second year we made it to Murrayfield and what a day out that was, so many great friends winning the Bowl together and so many good memories.

“And finally, in my later days at the club I was very much a social player, turning up wherever and whenever I was needed.

“It was always good to give a little back and pass on some knowledge to the young lads coming through, even though I didn't pass them the ball! I managed a few games in 2019, but unfortunately that was the last of my rugby in Scotland as the last year and a bit written off by Covid.” 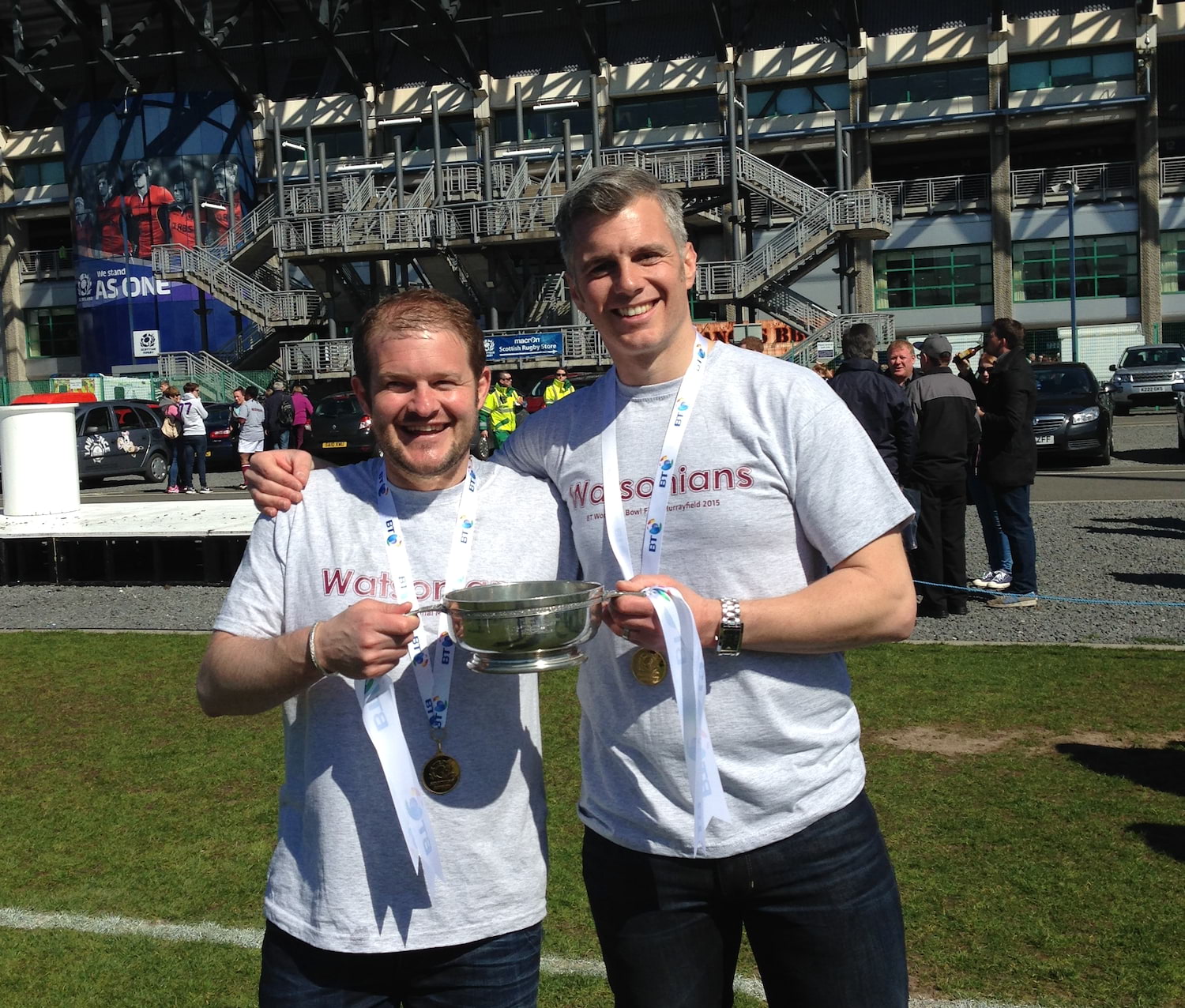 Of course, they say that behind every great man is a great woman - and Rachel certainly helped Baz in his WFC roles over the years and played her own part at the club.

She fitted in straight away and became a friend, sounding board and support to many and that will not be forgotten - even filling in as a ‘guest speaker’ at the last moment when the club Burns Supper came around!

“There is a core of players, old boys and ladies and supporters that have stayed at WFC through the good and the bad over the last few years.

“It's these people that have ensured the club continues to prosper and to myself and Rachel 11,000 miles away from home it has been like a family - a family in that mum and dad occasionally argued (I don't miss the Committee meetings!), brothers occasionally punched one another in the head (I do miss Stavvy’s Thursday night full contact twos V threes training), but regardless of what went on we have always dusted ourselves off, had a beer, and been there for one another.

Without this Watsonian family I can honestly say we wouldn't have lasted 16 years in Edinburgh and we want to thank everyone who’s played a big part in that.

“We are both terribly sad at having to leave during lockdown as this has meant we've not been able to say farewell in person to so many people who mean a lot to us.

“However, you've not seen the last of us as we are already planning a trip up north for Rugby World Cup 2023.

“At that time I'm hoping to see familiar faces in the new clubhouse so that the dance floor can be christened with a naked worm! Also, if members are ever in New Zealand don't forget to look us up.

“So farewell, thank you all once again and all the best for the future. May you soon all be sharing a drink and playing for or watching the mighty ‘Sonians at Myreside once again.”

If the Lawson's story has made you keen to get involved with the club, we would love to hear from you, please contact Club Administrator Fi Sharman on info@watsoniansrugby.com