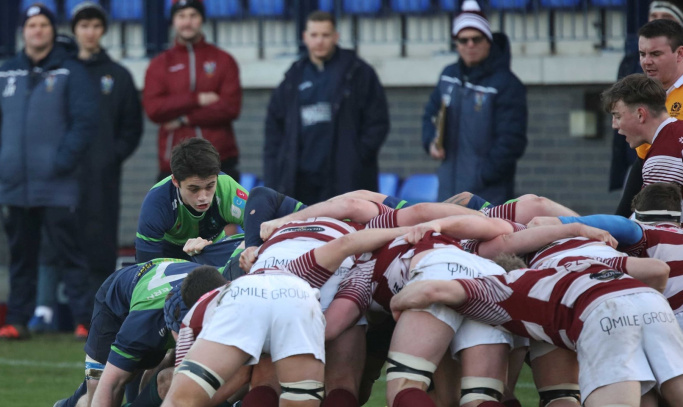 The 1st XV gained their first win of the season last weekend - and a number of the players who played against Boroughmuir and members of the 2nd and 3rd XVs have been winning off the pitch recently too as they raised vital funds for charity during November.

A whopping £2,391 was raised for Movember throughout the month with some of the players growing some interesting facial furniture and others taking on fitness challenges instead of going for a moustache.

Since 2003, Movember has funded more than 1,250 men’s health projects around the world, challenging the status quo, shaking up men’s health research and transforming the way health services reach and support men.

For example, Ewan Doig was the top fund raiser with £515 and across the 30 days of November he ran 250kms.

Will Conington raised £310 by doing 100kms on an assault bike and Keegan De Voss raised £280 by running 5kms a day.

Loads of other players chipped in too and 1st XV skipper Fraser Cousin said: “Mental health is such an important thing for all, and particularly young males, as we come out of the pandemic, so we were aware of the great work that is done by Movember and we wanted to play our part in it.

“We have a really close-knit group of guys in the men’s Club XVs at WFC and as well as raising funds for charity, it was also lots of fun with the guys keeping in touch a lot and a number of messages flying around via WhatsApp.”

Thanks to Boroughmuir for the photo

All roads lead to Super Saturday...